Ted Pastrick is a 6th degree black belt who started his Seido Karate training in 1981. He has trained in Japan and New York City’s Seido headquarters (honbu) with Kaicho Nakamura, Seido’s founder. By profession, Jun Shihan Ted is a trained and licensed physical therapist.

Jun Shihan Ted is the founder of Culver City Seido and has been teaching in the Los Angeles area since moving here in 2000. He has taught Seido at the renowned Dalton School in Manhattan and at Loyola Marymount University in Los Angeles, among other venues. Jun Shihan Ted has also appeared with Marilu Henner in “Shape Up Your Life!”, seen on the Discovery Health Channel.

Jun Shihan Ted has a unique skill set and with it has created a program in Culver City that combines the best of traditional Japanese teaching methods with the latest in science-based training principles. 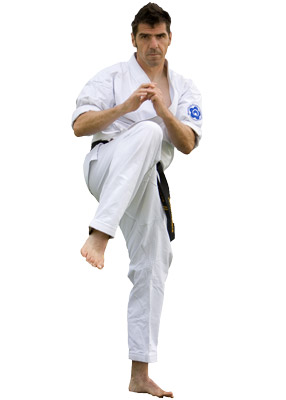 Ralf E. Motullo started his Seido Karate training in the fall of 2000 under Kaicho Tadashi Nakamura in New York City. In the fall of 2002 Sensei Ralf moved to Culver City and continued his training under Jun Shihan Ted Pastrick.

Sensei Ralf tested in April of 2016 at Honbu in NYC, under Kaicho Tadashi Nakamura and Nidaime A.Nakamura for his Yondan (4th degree black belt). He is currently teaching the Thursday evening black belt review and adult class at Culver City Seido. 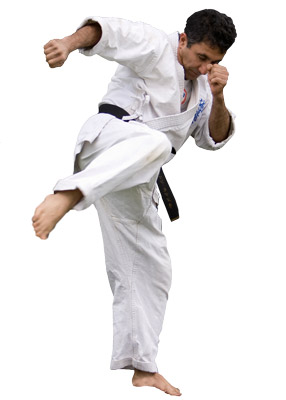 Bahman Mokhtari started his Seido training in Culver City with Jun Shihan Ted Pastrick in 2001. He advanced through the ranks and attained his Shodan (first degree black belt) in 2006 during a memorable testing process at Seido honbu in New York City with Kaicho. Senpai Bahman was awarded his Nidan (2nd degree) black belt by Kaicho Nakamura in June, 2012. He attained Sandan (3rd degree black belt) from Kaicho in September, 2017.

Senpai Bahman is Assistant Director of the Children’s Program at Culver City Seido and teaches the majority of the children’s classes. By profession, Senpai Bahman is a Mercedes-Benz master technician.